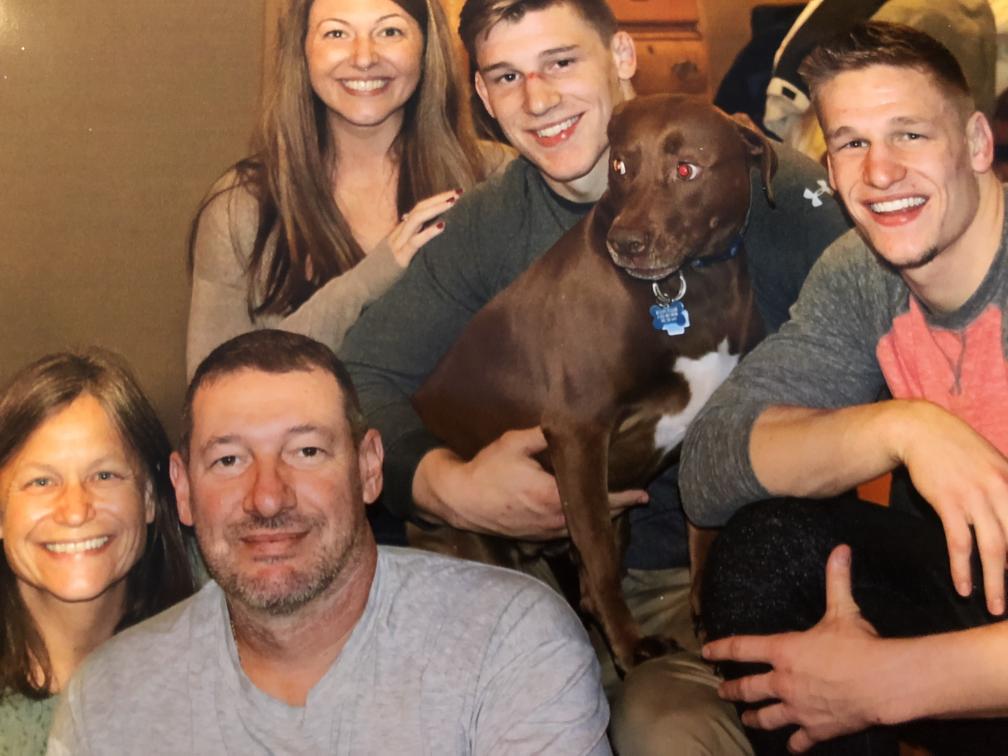 SUPERCAMP IN THEIR BLOOD: FROM CRADLE TO COLLEGE, TRULY A SUPERCAMP FAMILY SUCCESS STORY

Patti Brucki connected to SuperCamp as a facilitator early on in her teaching career—and she brought the entire family along with her—her husband, Ken, and their three children! Now, 22 years later, see the results!

Patti is an English teacher, librarian, and Poetry Slam Coach in Chicago’s south suburbs. For the past 22 years Patti has been facilitating Quantum Learning/SuperCamp curriculum to students, parents, teachers, administrators and others on various college and public school campuses.

Another beneficiary of Patti’s knowledge and passion over the years has been her family. Ken and her three children are all SuperCamp graduates. Each one is a wonderful example of how SuperCamp’s learning and life skills and the 8 Keys of Excellence can be applied for personal success and the betterment of others.

To fully appreciate this family success story, we first must go back in time. These kids have SuperCamp in their blood. Patti remembers her younger son, Patrick, at age 2 months, in the arms of SuperCamp president Bobbi DePorter, while Patti experienced a SuperCamp facilitator training program. On occasion, Ken would serve as the Wellness Counselor or site administrator at SuperCamp while Patti facilitated.

SuperCamp truly was a family affair for the Brucki’s—both at camp and at home. For example, Patti created a game for the kids at home called “Above or Below the Line.” It was based on a life skills training at SuperCamp called Living Above the Line, which puts into practice one of the 8 Keys of Excellence— Ownership. Living above the line is about taking responsibility for our actions, everything from our education to our relationships and attitudes. Living below the line is about laying blame, justifying, denying and quitting. In Patti’s game, the kids would be given a number of scenarios and they would decide if each one represented living above or below the line. Brilliant!

Fast forward to today. Jesselyn, the Brucki’s daughter, is 25. She is the proud owner of a Masters of Social Work degree with a specialization in gerontology. While this achievement is outstanding in its own right, Jesselyn had to overcome significant challenges along the way. Growing up, she had learning challenges which Patti says were mitigated, in part, with the help of SuperCamp’s learning skills. By the way, Jesselyn attended SuperCamp three times, first in middle school, then twice in high school, the second time on the Leadership Team. After that, she spent a summer working at SuperCamp as a Team Leader.

Jesselyn also had medical issues, which led to her requiring visits to Mayo Clinic  at age 22. But she has managed to overcome all of her setbacks and, despite her personal challenges, always has put others first, according to her mother. This approach to life and her resiliency reflect how she has embraced the 8 Keys of Excellence, says Patti. In fact, when Jesselyn headed off to college, it was with a set of the 8 Keys in hand, which she promptly hung on her dorm room wall. While in college, Jesselyn was a cheerleader and was chosen to be captain of the squad. Not surprising, given her ability to lead by example and her caring for others.

Child number two is Christian, who goes by “CJ.” CJ is a senior at Central Michigan University. He is captain of the wrestling team and is ranked 14th nationally. He qualified a second time for the NCAA Championships in 2018. As a senior and the team captain, another of CJ’s priorities is to be a role model for the younger members of the team. Despite a busy sports schedule growing up, CJ attended SuperCamp twice. Patti recalls a time when she was leading a Parent Weekend for parents of students attending SuperCamp. She called upon CJ to come up to the front of the room and speak to the parents. A daunting task for any teenager, but CJ had the confidence to do it, and do it well.

The youngest of the three Brucki children is Patrick, who is a freshman at Princeton. Like CJ, Patrick is on the wrestling team and very accomplished in the sport. In fact, Patrick won the 2017 Illinois state championship last year as a high school senior. His high school record was an amazing 175-24. In high school, Patrick also found time to be a member of the Student School Improvement Committee and the Student Athletic Leadership Committee and was enrolled in the PEOPLE program for promoting athletics for special needs students. Along with his brother, he competed at the 2018 NCAA Championships in Cleveland recently.

We’re so proud of the Brucki kids … and their parents! As Patti says, SuperCamp and the 8 Keys of Excellence are a part of the family “at a cellular level.”