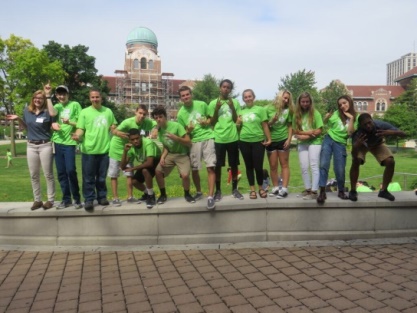 “It completely changed me for the better.”
(and he went to SuperCamp three times)

Hunter Hochmuth was one of the many children the Wadsworth family sent to SuperCamp, including his sister Samantha. Hunter benefitted so much the first time he attended SuperCamp, Senior Forum at Stanford University in 2013, that he attended two more times—Loyola U in Chicago in 2015 and the Leadership course at California State University in San Marcos in 2016.

It all began when Bob Wadsworth reconnected with Hunter’s family when he was in eighth grade. Hunter’s father met Bob at a family function and Bob was so excited about the results of SuperCamp that he offered to send both Hunter and his sister Samantha that following summer.

The first camp Hunter attended was the summer before his freshman year of high school. He remembers feeling younger than the other campers, but it didn’t bother him too much. It didn’t take long for him to start feeling more comfortable, as he recalls how easy it was for him to become close to his team members in a very short time.

When Hunter reflected on his experience during that first SuperCamp session, he recalled how much he learned academically, and attributed his success in school to the techniques he learned at SuperCamp. 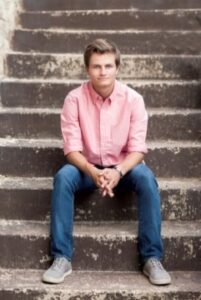 The second session he attended was particularly special for him personally. Since he was returning as an experienced camper who had already attended once, he felt a sense of leadership in his team. He describes how he easily sensed what the other campers felt and wanted to facilitate their learning. He felt compelled to help them gain the most from their experience and stepped in to help them feel more at home.

It was the lifestyle skills that really benefited Hunter the most from his second SuperCamp experience. The 8 Keys of Excellence were especially meaningful to him and he still has them on his bedroom wall. He even wore the key students receive at graduation on a chain necklace during his freshman year of high school as a reminder.

Hunter talked about his experience of going on stage in front of all the other students and staff during the third night of camp and how that helped him become more confident about speaking in front of others. After that night one of the facilitators asked him to speak at the closing celebration from a second-year participant’s perspective, and he agreed. His Uncle Bob and several other family members and friends attended that closing celebration so that made it extra special. “I felt so happy and confident in that moment,” Hunter said. “I know how strongly my Uncle Bob felt about SuperCamp, so having him there seeing me speak made it amazing.”

A particularly strong memory from Hunter’s SuperCamp experience was the personal insights he gained during an evening toward the end of the session during the “mask” activity. During this activity, students go through a process where they look inside at the “masks” they wear in various situations. Students ask themselves Do I act one way for the purpose of belonging to a particular group? Is it the best version of me?

Students have an experience during the event of what it’s like to be their most authentic self, and the reactions from others when they are. For Hunter, this experience was a defining moment of his teenage years and in his life. He said he thinks about that night often and the impact it had on him, as well as the close connections he made with his team as a result.

During his third SuperCamp session, Hunter recalls that there were a lot of participants in the same place in their lives. He recalls that there wasn’t any apprehension among the students about being around strangers at the opening session. “Every single student was accepting and open,” he said. “It was a great way to finish out my years at SuperCamp.” 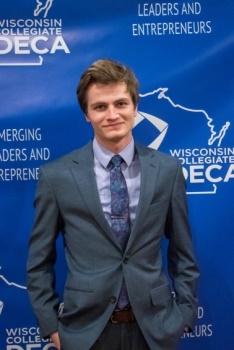 After graduating from high school, Hunter went on to attend the University of Madison, Wisconsin, School of Business where he is currently studying and plans to build a career in accounting.

“I’ll always be thankful that Uncle Bob introduced me to SuperCamp and gave me the opportunity to experience the spectacular things that I did,” Hunter said. “It completely changed me for the better. Imagining my life without SuperCamp is impossible.”