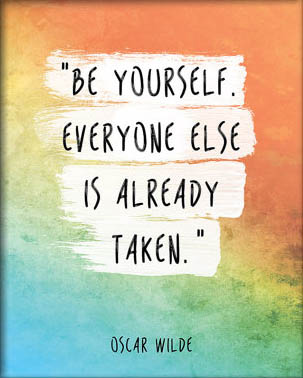 The following is adapted from The Seven Biggest Teen Problems and How to Turn Them Into Strengths by Bobbi DePorter. This book is the result of observations of teens during 24 years of SuperCamp. We hope that the ideas shared and the experiences of some of our students will be helpful to parents of teens who lean toward a negative self-image, which is common at some level among most teens.

Parents are alarmed when their teenagers withdraw into a shell. Some parents recall their sons or daughters being enthusiastic and outgoing until a particular incident triggered a shutdown. Others with sons or daughters who have always been a little on the shy side worry that their shyness is keeping them from growing and experiencing life. Then there are those who are not so much withdrawn as they are caught up in maintaining an image. They spend a lot of time and energy being the tough guy, the glamour girl, or the most outrageous, and not much time being themselves. Some young people with low self-esteem are easily coerced by peer pressure into doing things against their will: drugs, bullying, and playing hooky. And there are those who pour a lot of energy into avoiding peer pressure. They conform to what they think is normal and avoid doing anything that might make them stick out.

The common thread among them is avoidance. Whether they withdraw, conform, or hide behind an image, they’re trying to duck from somebody they don’t want to deal with: themselves.

At the heart of this issue is negative self-image. For a kaleidoscope of reasons, teens can end up feeling bad about themselves—or about a particular aspect of themselves. They may become afraid to show their true selves—sometimes even to their parents.

Everybody goes through this kind of thing at some level. Most of the time it’s an event or a phase. Other times, it’s a downward spiral. That’s when it becomes potentially damaging to teens—and terrifying to parents.

Not Perfect = No Good

Sometimes, when young people are exploring their identities and the way they present themselves to the world, they realize that they’ve gotten locked into the belief that they need to be perfect. They discover that they’ve been thinking in black and white. If they’re not pretty enough, they’re ugly. If they’re too fat, too thin, or don’t have the right clothes, they’re worthless. They have to look good all the time or they’ll be called out as losers.

When they explore what’s motivating this obsession with being perfect, they often discover that it’s fear. They’re afraid their peers will judge them by their flaws—and often they’re right.

What’s perfection costing them? People who get onto the “perfect” track avoid situations that could expose them when they’re looking less than perfect. They forget that when people are doing something for the first time, they’re probably not going to do it perfectly—and they’re going to look a little awkward while they’re learning to do it. But since many are afraid of looking uncool, they shy away from trying anything new.

The bottom line is when teens obsess about perfection, they’re focusing on things that have nothing to do with who they really are. When they realize that the unique, complex, terrific person inside them isn’t getting a chance to be known, appreciated, or developed, they begin to look at their fear of social situations differently.

Why are you so weird?

Comments similar to this are what a lot of young people hear when they’re just being themselves. They may not realize that if they’re being true to themselves, following their own interests, sometimes they’re going to stick out. Sometimes they’ll be zigging when everybody else is zagging. That’s called being an individual. But in a teen’s world, sticking out can attract a lot of negative attention.

Every culture has rules about conformity. A social scientist would probably explain that some kind of pressure is needed to hold people to an agreed-upon standard of behavior. But it can also hold them back. In Russia, young people who excel or show a lot of personality may be told “Don’t be a tall poppy.” The first time we did our program in Russia, parents came to us afterward with tears in their eyes, so excited to see their children going for a higher level of achievement, no longer worried about whether anyone thought they were “tall poppies.”

Duncan, a Chinese student, wrote us that when he was younger he was always asking questions and inventing things, keeping a pretty high profile in a culture that discouraged standing out. So many of his classmates thought he was weird that over time he became timid—and conformed.

Teens may not realize that when they give in to this pressure they’re turning away from their own uniqueness. As a result, they don’t follow the interests, hobbies, and passions that make them who they are. They don’t develop their unique points of view, personal styles, or individual contributions. And there’s another downside to conformity—they don’t learn to see the value of diversity, in themselves or in others.

Fortunately, through the self-awareness he gained in our program and beyond, Duncan was able to embrace his uniqueness. He has since gone on to do amazing things. He’s studied physics, dance, ecology, and several languages—and is now helping others discover their unique contributions.

Talk to the Mask

As teens explore their use of “masks” they discover that they sometimes choose to hide behind them rather than risk exposing their true selves. When they’re not feeling sure of themselves, or when they feel vulnerable, they may find it easier to lose themselves in a mask than to show their real thoughts, feelings, and identities. Better to be criticized for your mask than to be criticized for who you are.

Some even feel as though they have to wear masks around their parents. They put on the face of the Dutiful Daughter, the Tough-as-Nails Linebacker, or the Ivy League Up-and-Comer just to get Mom and Dad’s acceptance.

When they learn about the concept of masking, they discover that masks are a lot like labels. Everybody has more than one. They have little or nothing to do with who a person really is. And they cover up the unique, complex, incredible individual underneath. But there’s a difference. Labels are identities other people stick on us; masks are identities we stick on ourselves.

For teenagers, the idea of wearing a mask has a lot of appeal. Trying to be themselves, especially when they’re not even sure who that is, is frustrating, messy, and scary. Wearing a mask is easy, convenient, and safe. But there’s a downside: What if they wear that mask so long that they forget who’s under it? One SuperCamp mom wrote us that her son realized just how much he’d been affected by his own masking: “. . . he proceeded to tell us that we didn’t know him at all, that he’d been so hidden behind his mask that he wasn’t sure who he was anymore.”

People who get into the habit of hiding behind masks are robbing themselves of opportunities to develop as individuals. To make matters worse, if they’re making choices based on their masks instead of on their true desires, they could be leading themselves further and further down a path that’s all wrong for them.

“Be who you are and say what you feel, because those who mind
don’t matter, and those who matter don’t mind.”
― Bernard M. Baruch