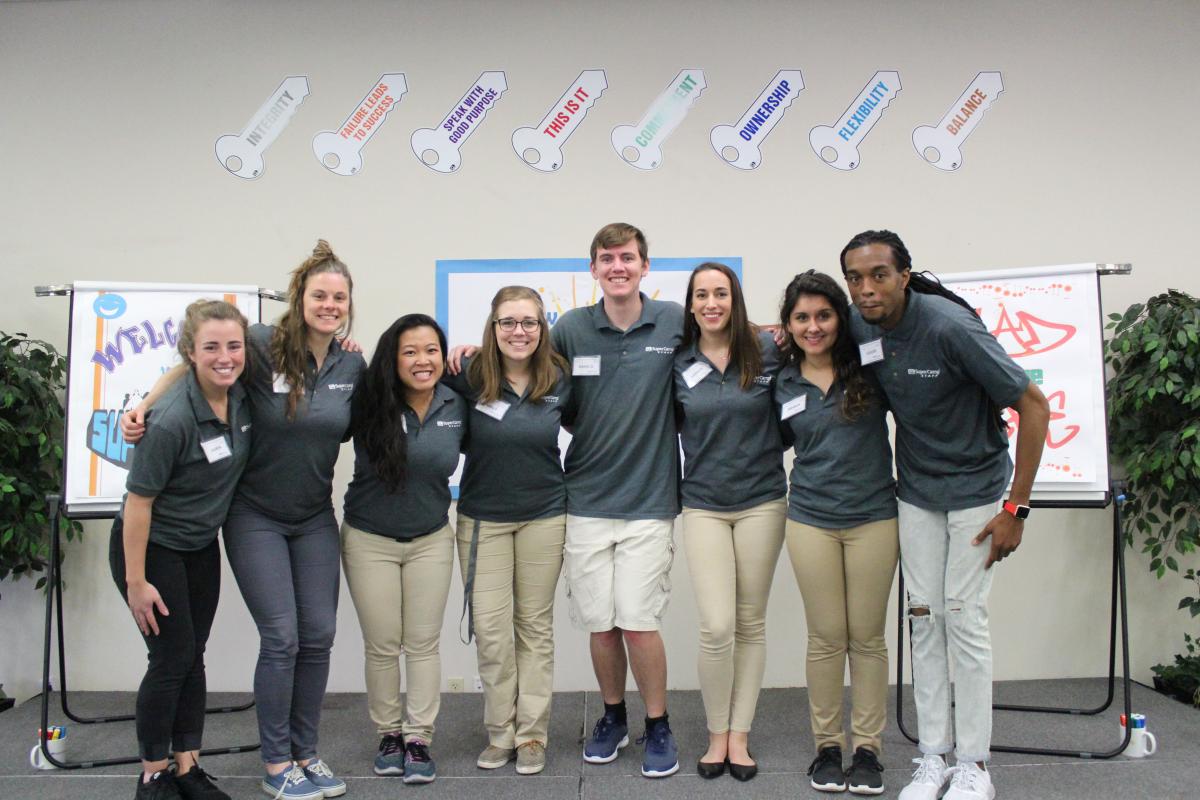 So many students arrive at SuperCamp unsure of their future and, more significantly, unsure of themselves. The transformational success stories of SuperCamp grads are many, including several you can read in our blog.

This post is a little different, however. It profiles three former campers who were so inspired by their SuperCamp experience that they have gone on to become SuperCamp facilitators.

The first of our camper-turned-facilitator stories is Lauren Ihle. Lauren’s description of herself before SuperCamp is one that likely sounds all too familiar to many parents of young teens. She says that she was the student who was found eating alone and trying to fit into any group of friends she could latch onto, but not really knowing who she was. She also was not succeeding academically.

But Lauren started to turn things around after attending SuperCamp. Her parents saw the difference SuperCamp was making in her grades and in her sense of self. As a result, they gave her the chance to attend SuperCamp a second time during high school.

Lauren says that having the opportunity to attend SuperCamp gave her the tools to succeed in school and in her personal and social life. She was able to get involved in opportunities that she says she would never have imagined herself doing before SuperCamp. As an example, her growing self-confidence enabled her to become a positive influence within her peer group and seek out leadership roles in groups.

Being able to positively impact others led Lauren to join the SuperCamp staff during her college years as a team leader. Her role as a SuperCamp staff member grew over time to the point where she has risen to the level of facilitator, now delivering learning and life skills training at our programs.

Lauren says, “Being a facilitator now is allowing me to give back to this camp. I’m able to trace back my successes, academic achievements, and who I truly am to SuperCamp.  My dream is to change lives for the better and being a SuperCamp facilitator is one of the ways I can do that.”

SuperCamp had an immediate impact on Phil when he first attended as a camper. In fact, he says, “On my first full day of camp, I made the personal goal to become a facilitator for the program.” Ten years later, Phil achieved his goal.

He also has achieved other goals influenced in part by his experience as a student who attended SuperCamp. He went on to college, first studying political science, then education administration, which led to Phil becoming a teacher. Today he teaches physics and engineering design at Cypress Falls High School in Houston.

Does SuperCamp really have such a big effect on students? According to Phil, the answer is a resounding YES! “The skills and strategies I learned from SuperCamp were a seminal moment in my life,” explains Phil, “and changed the trajectory of my life to a more positive outcome.” He goes on to say that camp shifted the way he not only viewed the world, but how he carried himself.

This will be Phil’s sixteenth year with SuperCamp between being a camper, then a staff member. He tells us that being a facilitator at SuperCamp is one of the highlights of his year. He says he gets to work with amazing kids, facilitating shifts in learning to empower them to move their lives forward.

Like Lauren, Phil became a facilitator as his way of giving back to the program that had such a profound impact on his life. Phil says, “I told myself I would stop working for SuperCamp when I stopped learning from it. Sixteen years later I’m still here because every year I continue to grow from my experience at SuperCamp.”

Amanda calls her SuperCamp experience as a camper “the best week of my life.” Like a lot of students, the initial benefit came in the academics area. Attending SuperCamp as an incoming high school freshman gave Amanda learning tools that helped her excel in school and, ultimately, with the SAT and ACT.

But, as time went on, Amanda came to realize that it was the 8 Keys of Excellence that truly changed the direction of her life. SuperCamp’s eight character “principles to live by” guided her to become more intentional with her words. She says she became a goal setter and she developed an internal motivation to “step into my own greatness.”

After SuperCamp Amanda found that she was able to create more intentional and deeper connections with others. Eventually that led to her becoming a SuperCamp team leader. In this role, Amanda says she was able to help create for others the same transformative experiences she had as a camper.

“Now as a facilitator, I am excited to share my own life experiences and help inspire students on a larger scale,” says Amanda. “I have seen how powerful and impactful this experience can be on a person’s life, and because of that I can’t wait to be a part of SuperCamp again this summer!”

For parents who are considering SuperCamp for their son or daughter for the first time, this blog post hopefully demonstrates the quality and commitment of the people who are running our summer programs. It also shows the magnitude and lasting impact even one SuperCamp experience can have on a young person’s life. Thanks to Lauren, Phil, and Amanda for sharing their stories with us.